Join In On The Action "Register Here" To View The Forums

Icy Blue Heart? What the heck is that, you say? When the band Heart teamed with the Blue Man Group in for a show in Yellowknife? No! It is the name of a Diplomacy game that I predict will end in a 7-player DIAS decided via conference call where all the players share their feelings and exchange Facebook friend requests.

It also appears the theme to this year’s tourney is songs by John Hiatt. You can watch “Icy Blue Heart” here:

I am your friendly neighborhood GM, and our players are as follows:

It is possible that these players will change, as I have yet to receive confirmation from France and another player is discussing a possible conflict with the Tourney committee. But that shouldn't stop you from starting your dip.

I expect our schedule will follow the Tuesday moves, Wednesday retreats, and Thursday builds. All moves will be due in the evening (or early morning GMT).

Because this game is full of wet-behind-the-ears nubies, who I'm sure will confuse North Sea, Norway and Norwegian Sea ("but they all begin with NOR . . ."), I am including reference maps. Don't worry fellas, it'll be easier after you've played a few.

Press is encouraged and I give bonus points to those who make me laugh. Good luck and try not to screw up. 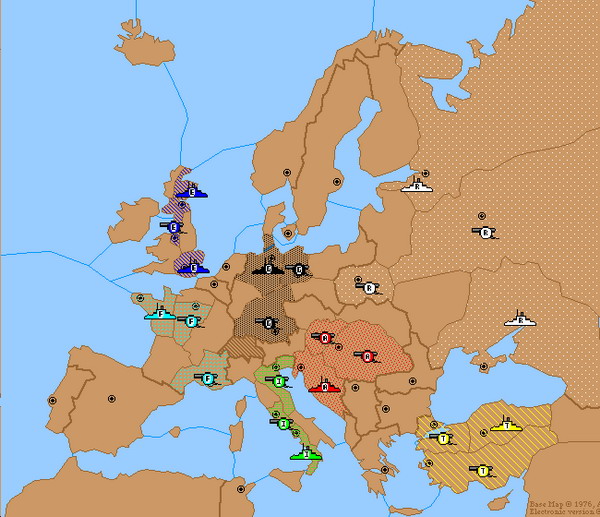 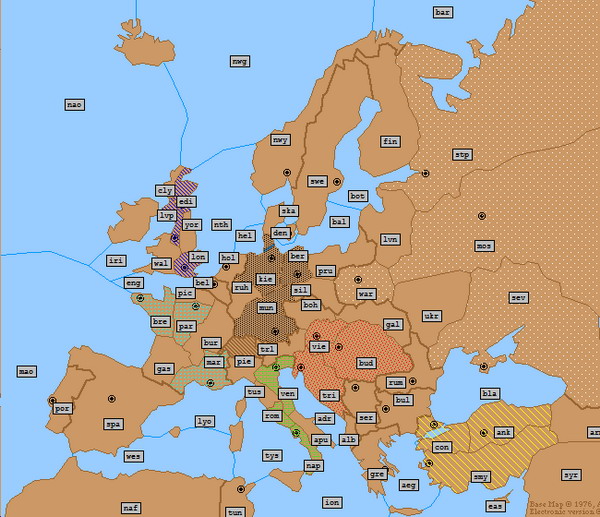 Well, I think the conflict - from my point of view - is resolved. I will play with only one hand in order to give everybody else a chance.